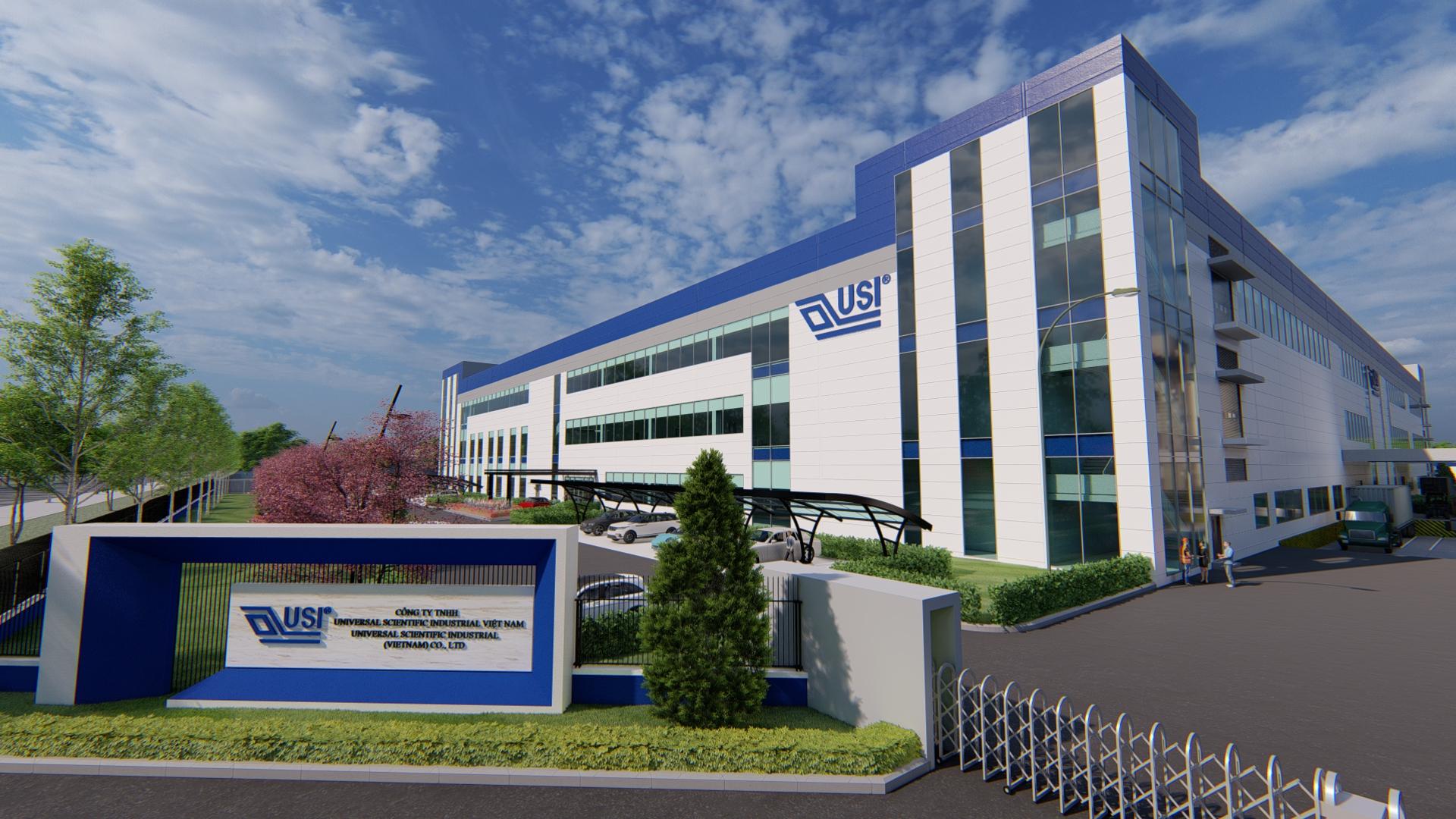 USI will produce the electronic circuit boards of wearable devices (watch, phone, earphone) to supply the world’s top electronic company of the world. The 65,000-square-meter plant will employ 2,000 employees in full production and have the capacity to produce up to 14 million products, equivalent to 57.6 tons annually.

Construction work is expected to be completed in the second quarter of 2021, followed by initial commissioning and testing period. An official production launch is targeted for the third quarter of 2021.

USI first announced its intention to invest in a new facility in Haiphong in December 2019. After having completed administrative procedures, earlier this June, USI obtained the Investment Registration Certificate issued by Haiphong Economic Zone Authority with an initial investment of 200 million USD.

The future investment scale and plan will be determined according to the needs of customers and company development. For the moment, USI expects to increase the investment capital to 400 million USD in the next phase.

“This sizable investment in a Southeast Asia facility is intended to move us closer to our overseas customers and accommodate their ever-increasing demand. North Vietnam, with its strategic geographical position and an extended infrastructure in place, offers USI an optimal way to facilitate fast and flexible response to customers' orders,” said Mr. Kuei Chun Chi, Manufacturing Service Director of USI

In addition, the preferential economic zone tax incentives and competitive labor cost give it significant advantages in international competition.

“The plant we are building in Vietnam constitutes a key element in our approach to increase manufacturing capacities on a global scale,” said Mr. Kuei Chun Chi, adding that USI began to accelerate our global expansion since 2018 by acquiring a Polish-based subsidiary, strategically investing in Memtech and a new plant in Huizhou, and planning to acquire French-based Asteelflash.”

USI is expected to become a key manufacturer in the growing electronics manufacturing sector of Haiphong by giving rise to the formation of a new production hub and contributing to the development of the electronic supply chain.

“Having a global electronics manufacturer like USI in Haiphong is a ringing endorsement of the quality of workforce and the opportunities that exist in our area. This will build up the confidence of other big players who are seeking for a reliable destination for their next expansion”, said Bruno Jaspaert, General Director of DEEP C Industrial Zones, adding that they are proud to be selected as the site for USI’s new production facility after an intensive search and investigation.

USI (SSE: 601231), Universal Scientific Industrial (Shanghai) Co., Ltd., provides design, miniaturization, material sourcing, manufacturing, logistics, and after services of electronic devices/modules for brand owners. USI is a member of ASE Technology Holding (TWSE: 3711, NYSE: ASX) and has many years of experience in the electronics manufacturing services industry and leverages the industry-leading technology of ASE Group, which enables USI to offer customer diversified products in the sectors of wireless communication, computer and storage, consumer, industrial, and automotive electronics worldwide. USI has a sales service network in America, Europe, and Asia; and manufacturing sites in Mainland China, Taiwan, Mexico and Poland. To learn more, visit www.usiglobal.com and engage with us on LinkedIn and YouTube.

DEEP C Industrial Zones is a Belgian developer and operator of an industrial zone and port infrastructure cluster in Haiphong city and Quang Ninh province – the most dynamic growing region in North Vietnam. DEEP C has become one of the largest industrial property developers in Vietnam with five industrial zones, forming DEEP C industrial zone cluster covering 3,400 hectares at the epicenter of the region’s manufacturing and infrastructure boom. DEEP C provides a large portfolio of products and services including industrial land and workshop/warehouse for lease, port development, and operation, utilities supply and distribution, renewable energy generation, etc.

To learn more, engage with us on LinkedIn and Facebook.