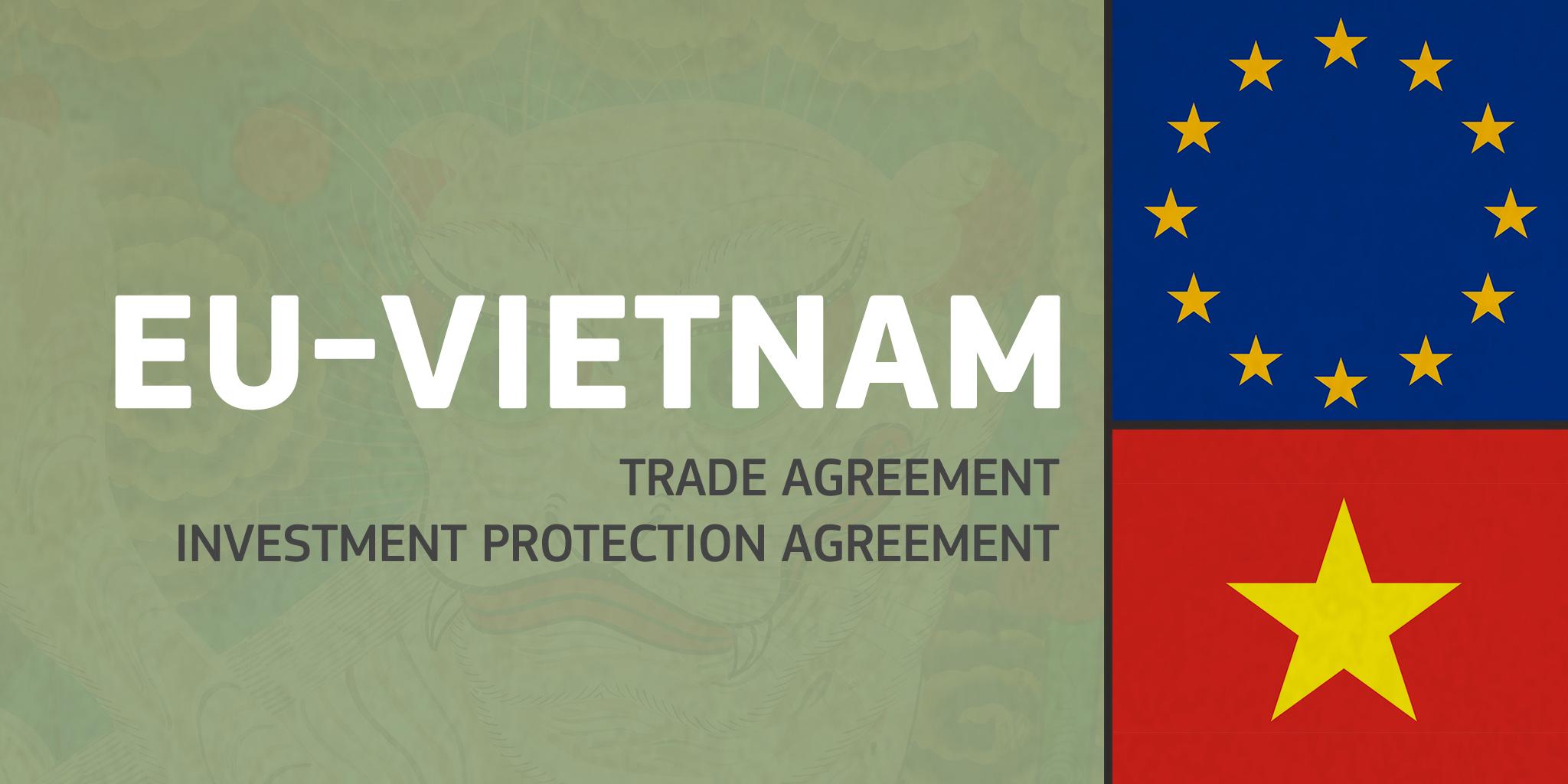 The Council of Ministers today approved the EU-Vietnam trade and investment agreements, paving the way for their signature and conclusion. EU Commissioner for Trade Cecilia Malmström and Romanian Minister for Business, Trade and Entrepreneurship Ștefan-Radu Oprea will sign the agreement on the EU’s behalf in Hanoi on Sunday 30 June. The agreements are set to bring unprecedented benefits for European and Vietnamese companies, consumers and workers, while promoting respect for labour rights, environmental protection and the fight against climate change under the Paris Agreement.

President of the European Commission Jean-Claude Juncker said: "I welcome the decision taken today by EU Member States. After Singapore, the agreements with Vietnam are the second to have been concluded between the EU and a Southeast Asian country, and represent stepping stones to a greater engagement between Europe and the region. It is also a political statement by two partners and friends standing together for open, fair and rules-based trade."

Commissioner for Trade Cecilia Malmström said: "I am very pleased to see that Member States have given a green light to our trade and investment agreements with Vietnam. Vietnam is a vibrant and promising market of more than 95 million consumers and both sides have much to gain from stronger trade relations. Beyond the clear economic benefits, this deal also aims to strengthen respect for human rights as well as protecting the environment and workers' rights. I welcome Vietnam's engagement in the process so far – their recent ratification of the International Labour Organisation Convention on collective bargaining is an excellent example of how trade agreements can encourage higher standards."

The trade agreement will eliminate nearly all customs duties on goods traded between the two sides in a progressive way that fully respects Vietnam's development needs. The agreement also contains specific provisions to remove technical obstacles, such as those in the car sector, and will ensure that 169 traditional European food and drink products recognised as Geographical Indications are protected in Vietnam. Thanks to the agreement, EU companies will also be able to participate in bids for procurement tenders in Vietnam on an equal footing with domestic companies.

Besides offering significant economic opportunities, the EU and Vietnam have agreed strong sustainable development measures. This includes a commitment to implement the Paris climate agreement effectively. The agreement also commits both sides to respect and effectively implement the principles of the International Labour Organization (ILO) concerning fundamental workers' rights. To this end, Vietnam has recently ratified the ILO Convention on collective bargaining and has notified the EU of its intention to ratify the two outstanding fundamental ILO conventions by 2023 at the latest. It is also in the process of reinforcing its labour legislation. The agreement also establishes dedicated platforms for the EU and Vietnam to involve civil society in the implementation of these commitments.

In addition, the trade agreement includes an institutional and legal link to the EU-Vietnam Partnership and Cooperation Agreement, allowing appropriate action in the case of human rights' breaches.

The investment protection agreement includes modern rules on investment protection enforceable through the new Investment Court System and ensures that the right of the governments on both sides to regulate in the interest of their citizens is preserved. It will replace the bilateral investment agreements that 21 EU Members States currently have in place with Vietnam putting in place new legal guarantees preventing conflict of interest and increasing transparency.

Following the endorsement by the Council, the agreements will be signed by the EU and Vietnam and presented to the European Parliament for consent. Once the European Parliament has given its consent, the trade agreement can be officially concluded by the Council and enter into force, while the investment protection agreement will first need to be ratified by Member States according to their respective internal procedures.

Vietnam is the EU's second largest trading partner in the ASEAN region after Singapore, with trade worth €49.3 billion for goods and over €3 billion for services. While EU investment stock in Vietnam remains modest standing just at €6 billion in 2017, an increasing number of European companies are establishing there to set up a hub to serve the Mekong region. Main EU imports from Vietnam include telecommunications equipment, footwear and textiles, furniture and agricultural products. The EU mainly exports to Vietnam goods such as machinery and transport equipment, chemicals and food and beverages.

The agreements reached with Vietnam, alongside those signed recently with Singapore, help paving the way for a future region-to-region agreement with the entire Association of Southeast Asian Nations (ASEAN).